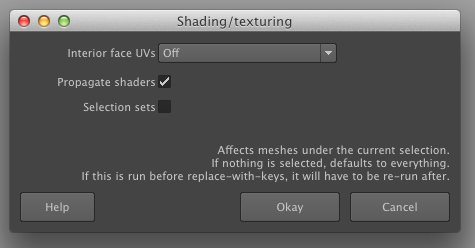 This gives the option to:

This operates on all meshes under the current selection. If nothing is selected, all fragments will be modified.

It is recommended to assign shaders before breaking and connection to the simulator, but it is still possible to change the unbroken object's shaders and re-propagate after baking.

For scenes created with versions prior to 1.6.0, you will have to delete the fragmentGroup, disconnect and reconnect all input objects, and re-bake the simulation, before shading/texturing will work.

The shader to assign to interior faces is specified under the inputs tab.

Make sure the shader has a shadingGroup of its own, which it may not have if you duplicated it.

The widget displays the connection to the fxInteriorShader attribute on the intermediate shape node of the input object. This is also editable from the attribute editor, under Extra Attributes, which allows you to change the interior shader after running replace-with-keys, when the world node will have been removed.

Assume you've broken an object, with or without a simulation, and you now want to change the shader(s) on the input object. You can't simply drag-and-drop the shader on to the broken shape, it has to be attached to the unbroken (intermediate) shape. 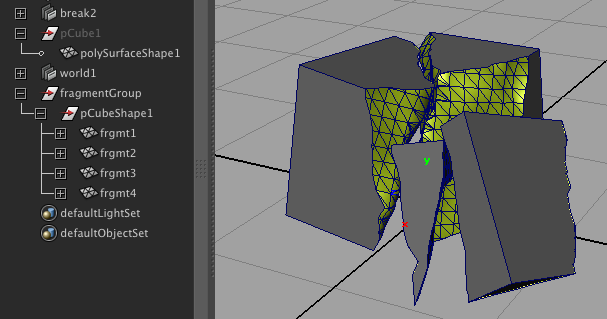 It is to pCubeShape1 NOT polySurfaceShape1 that you must attach new shaders. 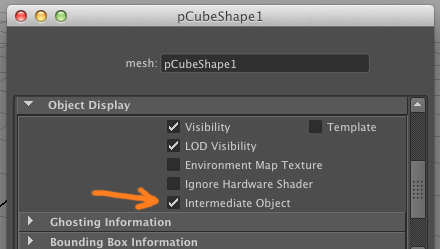 Now clear your selection and re-run shading/texturing from the menu. Assuming you assigned two phongs to pCubeShape1, they will propagate to the 4 fragment meshes, and in addition to the polySurfaceShape1, which is visible before the break occurs.

There is a relevant thread about this on the tech support forum here: http://community.fracture-fx.com/viewtopic.php?f=13&t=1429

As of version 1.6.1, shaders can be reattached to Alembic archives imported into the scene. Use File->Import, not the Pipeline Cache menu.

This example assumes the meshes are not connected to a simulator.

Face material assignments and color sets on the unbroken objects: 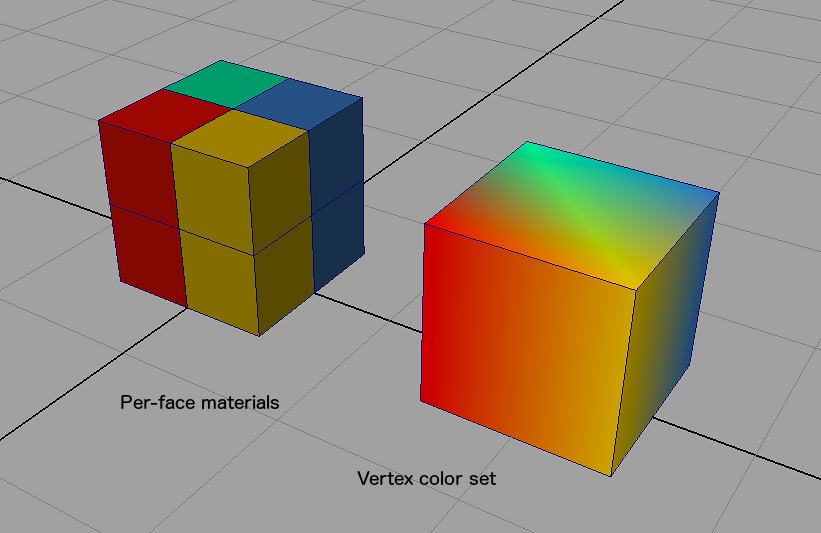 After breaking using Fracture -> Break selected, the shaders will not automatically appear on the broken mesh. They have to be propagated to it, including after each change to the break node settings, as the number of polygons in the output mesh will change. (Maya keeps track of per-face shader assignments using those face IDs which will be meaningless after changing any attribute on the break node.)

Select it and choose Fracture -> Shading/texturing (option box), then Apply. 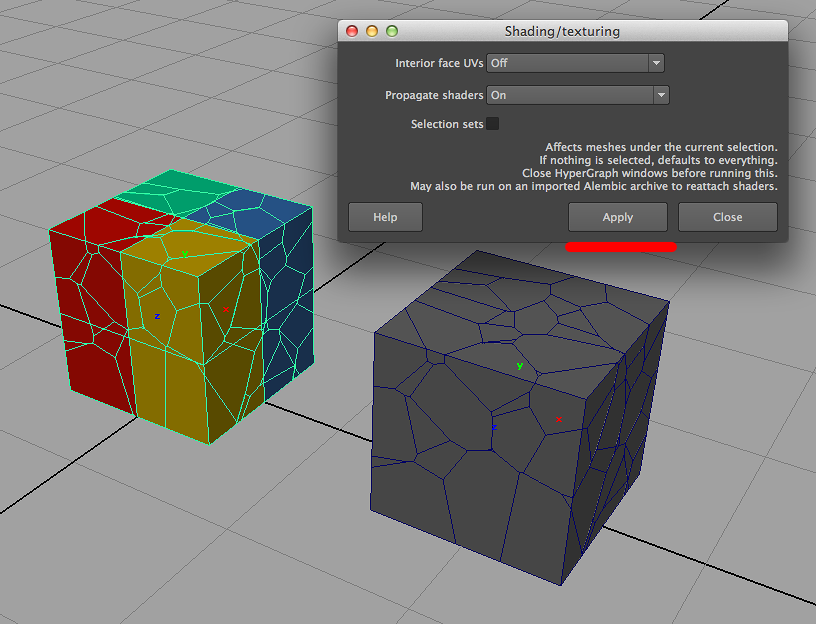 The color sets are automatically propagated and just have to be displayed.

The same automatic process cannot be applied for shaders because Maya plug-in nodes cannot assign shaders to the faces of meshes they produce; shader attachments are represented in Maya using DG connections to the mesh shape node, which is always downstream of the plug-in node that produces the mesh. 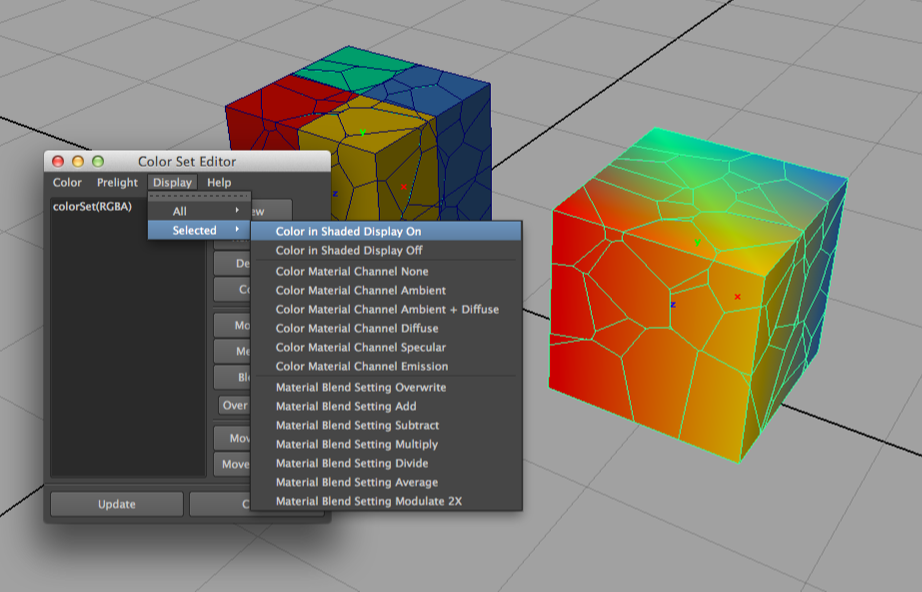 If you encounter problems, first make sure you're running the latest version. http://wiki.fracture-fx.com/index.php?title=Release_notes

Sometimes Maya can get into a mess where it refuses to assign per-face shaders. To start over, set the shading/texturing options to: 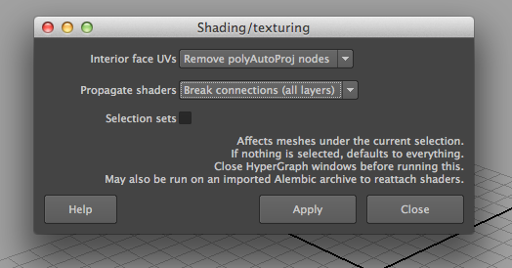 Make sure you have nothing selected then click Apply and it will disconnect all the shaders and delete the projection nodes created for the interior faces.

Then re-run it with automatic projection and propagate shaders on.